Our Visit to Gillenbah State Forest 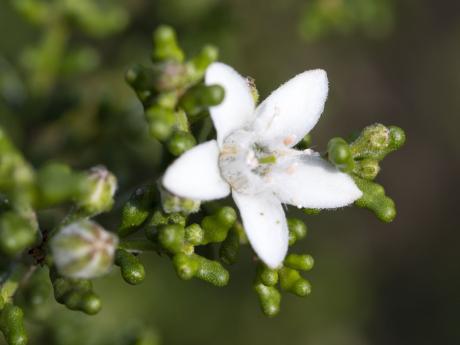 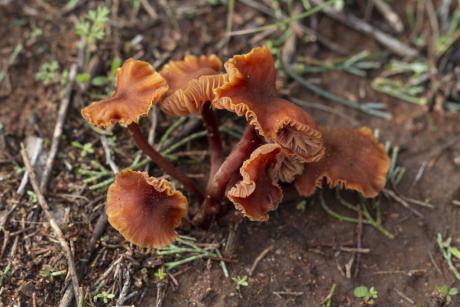 Did this forest exist in 1750 before Cook arrived ?  Of course it did.

The site of Gillenbah State Forest was probably a woodland with a shrubby understorey and with cypress pine regeneration.

In 1802 it was described as pine scrub which is likely to have been pine as a dominant species in association with box and a range of shrubby species.

The forest has been grazed with sheep and cattle since then. The leasees were meant to control rabbits and maintain fences but maybe they didn’t. Lack of regeneration because of grazing and rabbit infestation meant that Cypress Pine was a diminishing resource. Grazing changed the composition of native grasses.

The stock compacted the ground and weeds infestation occurred around water points. The myxomatosis spread in the 1950’s had limited impact in these forests. It was only when 1080 began to be used together with mechanical ripping of rabbit warrens in the 1960’s that regeneration occurred.

Intensive logging, destruction of shrubs (which were thought to harbour rabbits) ringbarking, mechanical and chemical destruction of box (grey, bimble and yellow box) and casuarina all considered useless timber also changed the nature of the forest.

Wildfires in the 1950’s would have reduced pine regeneration. Cypress Pine will regenerate if it is not subject to a fire regime and the seedlings are allowed to grow for at least two seasons without having their heads nipped. Then it will grow like a weed.

Now Gillenbah and Buckingbong State Forests are both considered to be medium to dense pine forests with a component of box and pine regeneration with a reduced species understorey.

So what did we see in the western part?

We saw a cleared, weedy area around the waterpoint. There were some very tall Grey and Bimble Box. I usually see these to be Y shaped but as they would have grown up with tall Cypress they must have grown tall to compete for light.  An area of Bulloak (Casuarina luemannii) with its wheel shaped seed pods has regenerated. The shrub understorey has also re-generated in some parts. Senna artemisoides ( Zygophylla ssp)  Acacia brachybotrya, hakeoides and deanii are dotted around the landscape. Philotheca difformis is regenerating well and there is more here to be seen than I have seen anywhere. A clump of Hakea tephrosperma has also regenerated. The Cypress Pine regeneration is very thick in parts interspersed with larger trees.

The ground layer has native grasses Wallaby Grass and Spear Grasses with a bit of Rat’s tail Couch together with a lot of Common Everlasting, Creeping Saltbush and Small leafed Saltbush Chenopodium microphyllum.

This wet winter has brought out a carpet of mosses and lichens that were iridescently green.

It was a cold and windy day with sun appearing only occasionally but I have always thought that the weather is moderated by the forest. There are many forest tracks around the forest and we enjoyed the brisk walk on a cool day.

Many small birds appeared as the sun emerged and a Red-capped Robin and a Grey Fantail even bathed in a puddle   brrrrrrrrrrrr.