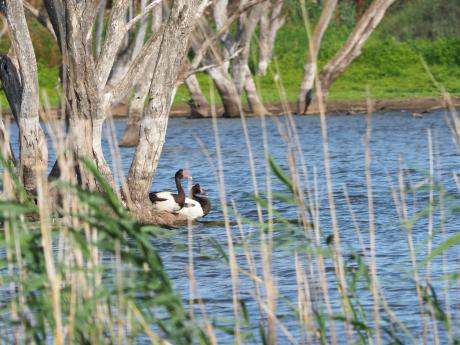 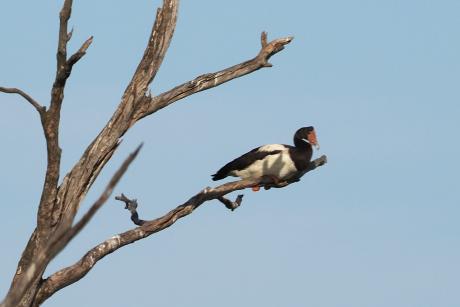 Ten of us met at 7.30am at the Campbell's car park. Defying all predictions about 42 degrees that day, we nonetheless looked forward to getting in at least 4 hours before the heat got too much.

First sighting on arrival was a flock of well over 100 Glossy Ibis flying out of the swamp and heading out to feed in the rice fields. Then a pair of Swamp Harriers circled over the wetlands – the male bird being very active diving into the reeds where I suspect there is a nest.

We decided to head first to the northern end of the swamp in the hope of seeing or hearing bitterns. Some, Virginia and Nella actually, glimpsed a Little Bittern flying out of the cumbungi but it was all too brief for any of the rest of us to get onto it before it disappeared back into the reeds. There was no sign of any Australasian Bitterns that had been in the same part of the swamp for the past 2 months – they may have already headed for the rice fields to set up their breeding sites.

Birds were few and far between on the water but there were a pair of White-fronted Chats feeding on the shore line along with a Black-fronted Dotterel. Out in the water there were several Magpie Geese and on the far bank, a family of them were escorting a bunch of goslings. That would be the third clutch I have seen there this Spring.

We then headed to the hide but the reeds had grown so tall that visibility was difficult with just a few ducks and coots in front. Meredith and Pete climbed up on a makeshift ladder made from a couple of pallets onto the roof where you get a clear view of the whole swamp.

We then headed to McCann Road with a brief stop at the causeway to see what was about – plenty of Pelicans, Black Swans and Coots but nothing else of note. McCann Rd too was very quiet as by the time we got there, it was well past 10 o'clock and very hot and windy.

We finally headed to Lake Wyangan Picnic Area for a late morning tea. On arrival, I noticed a Caspian Tern on the edge of the lake so we all stopped to check it out. It turned out that there were 4 of them which was quite unusual. Also there was one sole Red-necked Avocet and a few Black-winged Stilts. After a relaxing chat and cuppa, we all decided the dust storm was getting worse so we decided to call it a day. Thanks to everyone who attended and in spite of the hot morning, it was reasonably pleasant by the water.