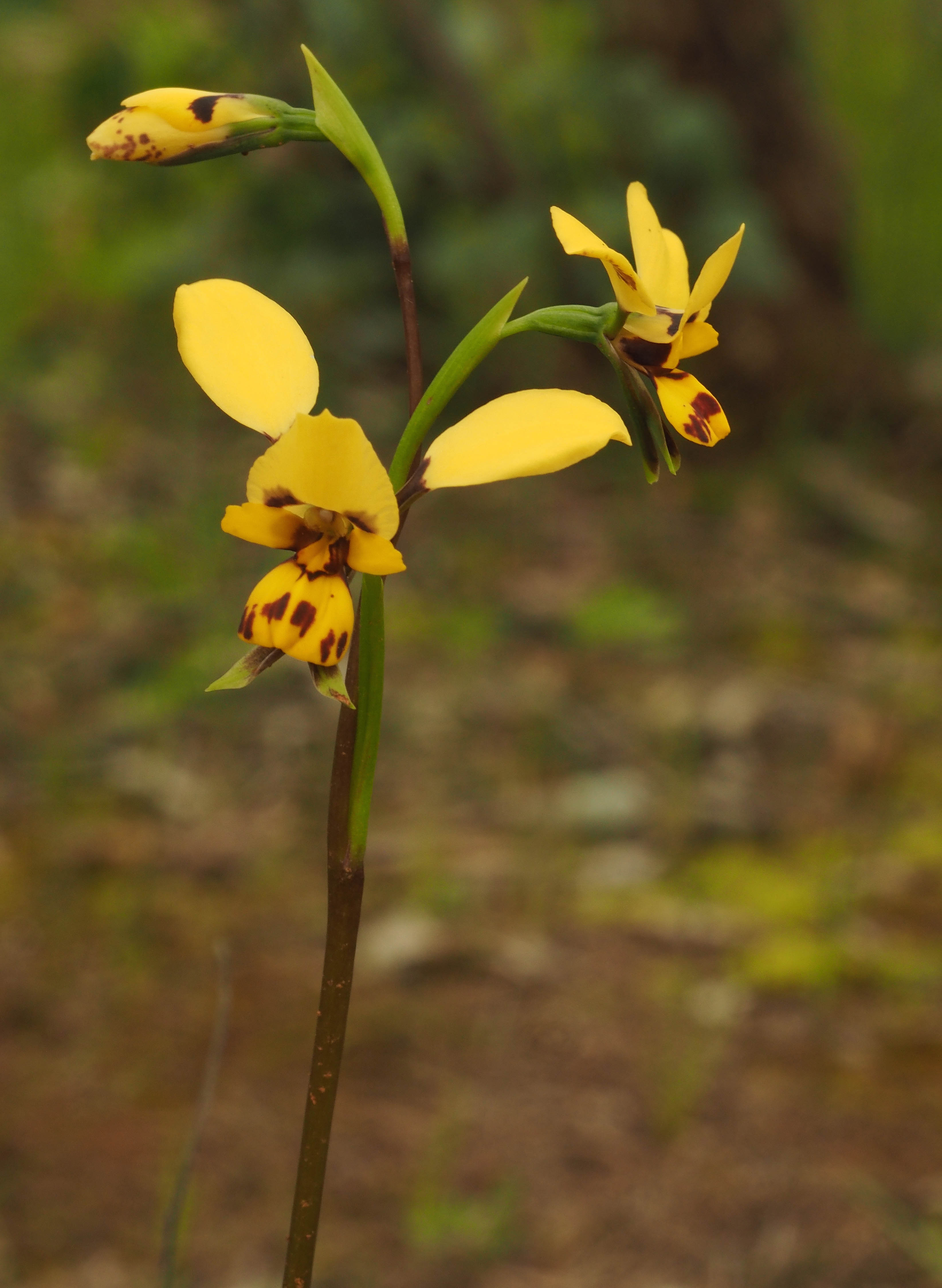 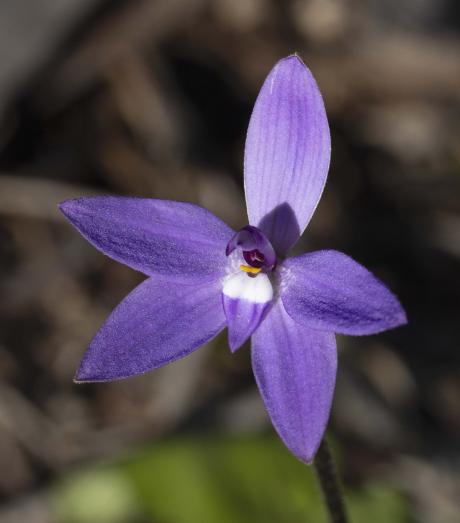 Some field naturalist outings can be defined by a signature event. This is one in which fellow attendees nod knowingly when a certain phrase, in context, is uttered – even years later!

I think the outing to Bundidgerry Hill, above and adjacent to Narrandera’s Rocky Waterholes on Sunday August 30, was such an event.

I call it the “Donkey Orchid” trip.

Safe to say, it was a floral experience that I have never had before; nor am I likely to have again.

For my whole life I have had an abiding love of wildflowers, especially orchids. On bushwalks as a child my father always carried a magnifying lens (purloined from an old camera) with which we would peer into the radiant sanctuary of small wildflowers: especially orchids! - an eternal delight and indelible memory.

In years past I have seen – but most infrequently – Donkey Orchids, but always in small numbers. So to exit the car and stand among literally hundreds of these glorious little flowers in full bloom, flourishing right across that arid hillside, was a revelation.

But I am not merely excited by quantity alone. Equally unforgettable was Nella’s revealing of a single Spider Orchid; a thing of superlative beauty.  Quite a large terrestrial orchid, its long, elegant petals-sepals were painted in a palette of magenta, mauve, mushroom and maroon – and that was just the Ms!

In all there were six orchid species flowering on Bundidgerry Hill that lovely late winter day; the others being a fine patch of soul-blue Waxlips; both Midget and Dwarf Greenhoods, and hundreds of Finger Orchids in a pastel array of white to dark pink.

Due to the decent rains that the region has enjoyed throughout 2020, the area was ablaze with colour, the most extrovert blooms being those of the various wattle species; a quite breathtaking sight, especially when backlit by the bright afternoon sun.

But all was not so rosy. Many of the trees, like eucalypts, pines and casuarinas, were stunted and struggling. In fact, most of the very old and very big White Cypress Pines were all dead. What caused this catastrophe? Dread Drought was suggested; but I thought such ancient and lofty trees would be immune to the fluctuations of climate. One informed observer estimated that these skeletal beauties were over 300 years old; standing tall even when Charles Sturt first arrived on these distant plains!

In the damper swards down the hill were more flowers still – but different. The glowing Golden Everlastings were beginning to bloom, but these were far outnumbered by their diminutive cousins, the Sunray Everlastings. These, in full flower, were so profuse that they formed thick meadows along the southern slopes. Scattered amongst them were many Pale Sundews, and even native Thick-fruited Buttercups, their glossy petals shining as if enameled. These delights are of the genus Ranunculus, a word meaning “frog”; which often shares its moist habitat.

In starkly complementary colours were lots of Nodding Blue-lilies, and even a few mauve Austral Indigos. (Now flowering abundantly at Rotary Lookout at Lake Talbot – worth a look.)

And while on blue wildflowers, on the road to Rocky Waterholes we found a healthy stand of beautiful Broughton’s Peas in full bloom – a first for me. These were bequeathing precious nitrogen to the roadside’s ever-impoverished soil. There were lots of white flowers too, like Common Fringe Myrtle and Early Nancys.

In the world of the field naturalist, the difference between a plant enthusiast and a bird-watcher is that the former spend most of their time looking down, the latter skyward. (The more bi-polar like me tend to do both, in about equal measure.)

As such, there was not much “looking up” that afternoon, as the area seemed an avian-free zone. This changed when we repaired to Rocky Waterholes for afternoon tea. Here there were birds a-plenty on, over beside - and even under - the placid lake. The “under” was a Darter at the far shore alternately fishing and drying its wings. In the foreground, in a large dead gum tree standing in the water, a pair of Galahs furnished their nest hollow with sprigs of eucalypt leaves. It was suggested that the volatile oils resist mite infestations.

Meanwhile in the foreground, a family of Weebills danced among the foliage foraging for a tasty last supper.

Finally a Whistling Kite cruised by inspecting our semi-circle of conviviality, before vanishing into the setting sun. Which is pretty well what we all did shortly after as the evening chill descended, concluding a truly memorable (thanks to Glenn Currie) Donkey Serenade afternoon.