Seasonal dispersal of birds from our area 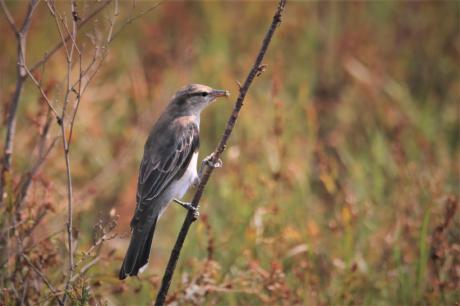 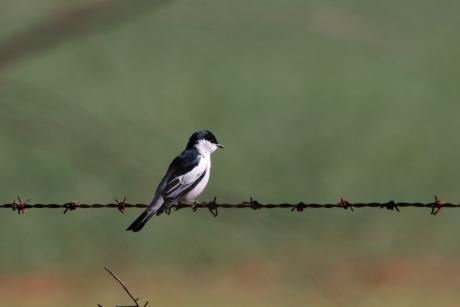 It is always of interest to notice how birds move within Eastern Australia at various times of the year. In this article I am not referring to the Migratory Wading Birds that we know about but local Australian species.

At certain times some species are relatively easy to locate yet at other times they can't be found locally. A perfect example of this is the Superb Parrot. They arrive in Leeton in early Spring and are seen in town and around the district, especially along the river, in large numbers. To me it is a joy to see their return and to know that they, until recent years, were on the “Vulnerable' list with numbers in decline in the late nineties. Fortunately after a number of good breeding years their numbers have increased and they are now considered less so. At this time of year mid to late February they leave the area and are more difficult to locate – especially in the winter months. After a successful breeding season they will seek a food source where ever they can, often appearing in areas where they are not usually seen – like Nericon for example where Neil Palframan reported them for the first time this season.

They are still about but from now on they are difficult to locate although in the past year or so small numbers are able to be found all year if you look hard enough in the right places – like at Yanco Reserve or the Leeton Golf Course.

Other species that seem to leave the area at various times during the year but usually turn up in the Spring are such birds as Corellas, both Little and Long-billed, Cuckoos, Horsfield’s, Black-eared and Fan-tailed in particular, Honeyeaters, Painted, Black, Pied and White-fronted, Woodswallows, White-browed and Black-faced, and Olive-backed Orioles.

It is not clear exactly where some of these birds go but, in general, there are two types of migration patterns within Australia – those that tend in a North-South direction and those that tend more to an East-West movement. Although with the present drought any changes are unpredictable with some birds heading for the coast and also because of the bushfires some coastal species turning up inland.

Perhaps the best examples of East-West movement has been seen this year in the numbers of Crimson Chats and White-winged Trillers seen locally – something that has been unexpected when in the past only a few members of these species are seen. The same can be said for Songlarks, both Rufous and Brown which are being reported more frequently this summer.

Winter movement also occurs to our area in numbers of Pied Currawongs turning up in autumn. In previous years, Narrandera was their main haunt but in the last two years large numbers are being reported in the Leeton area with numbers of birds also at Binya State Forest and even Griffith this past winter.

Other winter migrations occur with the Robins, mainly Flame and Scarlet which turn up locally in small numbers but can be located with a bit of effort. Both Fivebough and Evans Smyles Road are often the best places to see Flame Robins whilst Scarlets tend more to the hills around the area.

Finally, the North-South migration is about to start with species such as Rainbow Bee-eaters, Dollarbirds, Fairy Martins and Sacred Kingfishers getting ready to head north for the winter. None of these birds can be found in mid-year locally. Black-faced Cuckoo-Shrikes, whilst still about in small numbers in summer return in larger groups in the autumn.

A bird of interest is the Silvereye which is common but in the winter, the most common sub-species is the Tasmanian form with its rufous flanks. They seem to replace the mainland form which head further north.

The above only covers a proportion of birds that come and go at various times of the year from our area and is not meant to be a definitive list nor an accurate assessment of just where the birds go nor when they leave the area for whatever reason best known to them. These are personal observations based on my own experience of bird movements throughout the year.